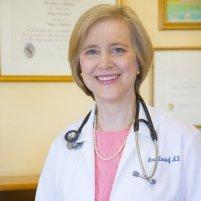 If you find yourself more frequently having difficulty remembering things as you age, it may be a warning sign. Call or book an appointment online with Dr. Nancy Lonsdorf at her integrative medicine practice, Nancy Lonsdorf, MD, in Fairfield, Iowa. Dr. Lonsdorf can help you hold on to your memory and maintain your brain health.

When should I be concerned about memory loss or cognitive decline?

Absent-mindedness is typically not a concern. Although memory loss and cognitive decline are often associated with aging, even young people forget whether it’s Saturday or Sunday, or misplace their car keys. If your memory loss is growing more consistent or if you notice that you struggle with frequent confusion that affects your daily life, take the time to contact a professional. Memory loss and confusion can be an early warning sign of Alzheimer's disease or other dementias associated with aging.

What is the Bredesen Protocol?

The Bredesen Protocol often called the ReCode (reversal of cognitive decline) Protocol, is an integrative therapeutic system designed by Dr. Dale Bredesen, an award-winning neurologist, and director of both the Mary S. Easton Center for Alzheimer’s Disease Research and the Center for Neurodegenerative Disease Studies at UCLA. Dr. Bredesen is also the founding president and CEO of the Buck Institute for Research on Aging.

The Recode Protocol is a personalized program designed to prevent, treat, and reverse cognitive decline and memory loss. Dr. Lonsdorf, a certified Recode Protocol provider, creates individual treatment plans based on this therapeutic system. The protocol incorporates dietary and lifestyle changes, vitamins, supplements, and targeted pharmacological treatment to improve your brain’s plasticity by reducing inflammation and providing your brain with the tools it needs to stay at peak performance.

What sorts of lifestyle and dietary changes does the Recode Protocol include?

The Recode Protocol uses an individualized approach, so Dr. Lonsdorf will perform several tests to determine what biological, genetic, and lifestyle factors may be contributing to your memory loss. Dr. Lonsdorf may then prescribe certain changes to your diet and lifestyle based on her findings. They may include:

Early diagnosis and treatment are the keys to maintaining your memory and reversing losses. If you notice any changes in your ability to recall information, or if you suspect your memory may be in decline, call or book an online appointment with Dr. Lonsdorf right away.